There is probably no sphere of human 【B1】 in which our values and lifestyles are reflected more 【B2】 than they are in the clothes that we choose to wear. The dress of an individual is a kind of "sign language" that 【B3】 a complex set of information and is usually the 【B4】 on which immediate impressions are formed 【B5】 . a concern for clothes was 【B6】 a feminine preoccupation, while men took pride 【B7】 the fact 【B8】 they were completely lacking in clothes consciousness.

This type of American culture is gradually changing as man's dress 【B9】 greater variety and color. Even 【B10】 1995, a research in Michigan revealed that men 【B11】 high importance to the value of clothing in daily life. White collar workers in particular viewed dress as a 【B12】 capable of manipulation, that could be used to impress or 【B13】 others, especially in the work situation. The white-collar worker was described as 【B14】 concerned about the impression his clothing made on his 【B15】 . Although blue-collar workers were less 【B16】 that they might be judged on the basis of their clothing, they recognized that any difference fro the 【B17】 pattern of dress would draw ridicule from fellow workers.

Since that time, of course, the 【B18】 have changed: the typical office worker may now be 【B19】 blue shirt, and the laborer a white shirt; but the importance of dress has not 【B20】 .

A as late as

B no sooner than

C as early as

1、The American economic system is organized around a basically private-enterprise， market-oriented economy in which consumers largely determine what shall be produced by spending their money in the marketplace for those goods and services that they want most. Private businessmen， striving to make profits， produce these goods and services in competition with other businessmen； and the profit motive， operating under competitive pressures， largely determines how these goods and services are produced. Thus， in the American economic system it is the demand of individual consumers，coupled with the desire of businessmen to maximize profits and the desire of individuals to maximize their incomes， that together determine what shall be produced and how resources are used to produce it.

An important factor in a market-oriented economy is the mechanism by which consumer demands can be expressed and responded to by producers. In the American economy， this mechanism is provided by a price system， a process in which prices rise and fall in response to relative demands of consumers and supplies offered by seller-producers. If the product is in short supply relative to the demand， the price will be bid up and some consumers will be eliminated from the market. If， on the other hand， producing more of a commodity results in reducing its cost， this will tend to increase the supply offered by seller-producers， which in turn will lower the price and permit more consumers to buy the product. Thus， price is the regulating mechanism in the America economic system.

The important factor in a private-enterprise economy is that individual are allowed to own productive resources （private property）， and they are permitted to hire labor， gain control over natural resources， and produce goods and services for sale at a profit. In the American economy， the concept of private property embraces not only the ownership of productive resources but also certain rights， including the right to determine the price of a product or to make a free contract with another private individual.

1.In Para. 1，“ the desire of individuals to maximize their incomes” means ___.

B.Americans tend to overstate the amount of their incomes.

C.Americans want to have their incomes increased.

D.Americans want to increase the purchasing power of their incomes.

2.The first two sentences in the second paragraph clarity the idea to us that ___.

A.producers can satisfy the consumers by mechanized production.

B.consumers can express their demands through producers.

C.producers decide the prices of products.

4.According to the passage， a private-enterprise economy is characterized by ___.

5.The passage is mainly talking about ___.

2、There are various ways in which individual economic units can interact with one another. Three basic ways may be described as the market system， the administered system， and the traditional system.

In a market system individual economic units are free to interact among each other in the marketplace. It is possible to buy commodities from other economic units or sell commodities to them. In a market， transactions may take place via barter or money exchange. In a barter economy， real goods such as automobiles， shoes， and pizzas are traded against each other. Obviously， finding somebody who wants to trade my old car in exchange for a sailboat may not always be an easy task. Hence， the introduction of money as a medium of exchange eases transactions considerably. In the modern market economy， goods and services are bought or sold for money.

An alternative to the market system is administrative control by some agency over all transactions. This agency will issue edicts or commands as to how much of each good and service should be produced， exchanged， and consumed by each economic unit. Central planning may be one way of administering such an economy. The central plan， drawn up by the government， shows the amounts of each commodity produced by the various firms and allocated to different households for consumption. This is an example of complete planning of production， consumption， and exchange for the whole economy.

In a traditional society， production and consumption patterns are governed by tradition； every person‘s place within the economic system is fixed by parentage， religion， and custom. Transactions take place on the basis of tradition， too. People belonging to a certain group or caste may have an obligation to care for other persons， provide them with food and shelter， care for their health， and provide for their education. Clearly， in a system where every decision is made on the basis of tradition alone， progress may be difficult to achieve. A stagnant society may result.

1.What is the main purpose of the passage？

B.To explain the science of economics.

C.To argue for the superiority of one economic system.

2.In the second paragraph， the word “real” in “real goods” could best be replaced by ___，

3.According to the passage， a barter economy can generate ___.

4.According to the passage， who has the greatest degree of control in the administered system？

5.Which of the following is not mentioned by the author as a criterion for determining a person‘s position in a traditional society？

3、Western airliner manufacturers seem to be tripping over themselves in their eagerness to sign collaborative agreements with Asian partners as a low-cost route to developing new airliners. Their potential Asian partners seem to be tripping over themselves to sign such agreements， as a low-cost route to acquiring new airliner technology. If they are not careful the two sides will end up tripping over each other： the one by selling its birth-right for short-term gain， the other by trying to break into a market which isn‘t big enough to sustain it.

Technology transfer works in a growing market， where the aspirations of the new entrant receiving that technology can be met through expansion. The airliner market is not such a device.

Even the most optimistic projections of airliner sales for the next 20 years show that airliner manufacture can only be profitable if a small number of aircraft builders share the available sales. It follows that if new manufacturers come into the market and take sales， their sales must come from substitution， not expansion.

In the short term，， it can be of benefit to an established Western manufacturer to have either components of complete air – frames made or assembled in lower-wage economics such a China， Taiwan or Korea， while retaining the design， development and marketing of aircraft for itself. It would be a very unwise Western manufacturer which did not heed the fact that these developing economies are acquiring skills （ like computing ） at least as quickly as they are acquiring skills in metallbashing.

The danger comes when the new entrant no longer needs the established Western partner because it has acquired the technical and intellectual ability to design and build its own aircraft. An Asian partner may well find itself in the happy position of having the low-cost labour base， the high-cost technology base and the vital financial base to build a new airliner.

1.The author‘s attitude towards Western/eastern collaboration can be depicted as ________.

A.does not encourage technology transfer B.is too limited to offer chances of success

C.requires hi-tech rather than unaccepted devices D.is full of competitions even for new entrants

3.Established manufacturers search for partners in order to _______.

A.save the cost of the airframe   B.improve some aircraft components

4.According to the author，a wise established manufacturer should ______.

A.try to benefit from both financial and technical resources

B.break up his partnership with the East once profits are made

C.keep a tight told over hi-tech development and marketing of airliners

D.collaborate with Asian partners for a short time

4、There is evidence that the usual variety of high blood pressure is,in part,a familiar disease.Since families have similar genes as well as similar environments,familiar diseases could be due to shared genetic influences,to shared environmental factors,or to both.For some years,the role of one environmental factor commonly shared by families,namely dietary salt(i.e.,sodium chloride),has been studied at Brookhaven National Laboratory.These studies suggest that chromic excess salt ingestion can lead to high blood pressure in man and animals.Some individuals,however,and some rats consume large amounts of salt without developing high blood pressure.No matter how strictly all environmental factors were controlled in these experiments,some salt-fed animals never developed hypertension whereas a few rapidly developed very severe hypertension followed by early death.These marked variations were interpreted to result from differences in genetic constitution.

By mating is successive generations only those animals that failed to develop hypertension from salt ingestion,a resistant strain(the "R" Strain)has been evolved in which consumption of large quantities of salt fails to influence the blood pressure significantly.In contrast,by mating only animals that quickly develop hypertension from salt,a sensitive strain("S" strain)has also been developed.

The availability of these tow strains permits investgations not heretofore possible.They provide a plausible laboratory model on which to investigate some clinical aspects of the human prototypes of hypertension.More important,there might be the possibility of developing methods by which genetic susceptibility of human beings to high blood pressure can be defined without waiting for its appearance.Radioactive sodium 22 was an important "tool" in working out the characteristics of the sodium chloride metabolism.

1.The study of the effects of salt on high blood pressure was carried out ______.

a.as members of the same family tend to use similar amounts of salt

b.to explore the long-term use of a sodium based substance

c.because it was proven that salt caused high blood pressure

d.because of the availability of chemically pure salt and its derivatives

4.The most beneficial results of the research might be ______.

a.development of diets free of salt

c.control of genetic agents that cause high blood pressure

5.Which of the statements best relates the main idea of this article?

b.The near future will see a cure for high blood pressure.

c.The medical field is desperately in need of research.

d.A tendency toward high blood pressure may be a hereditary factor. 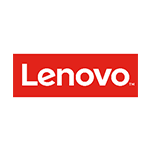 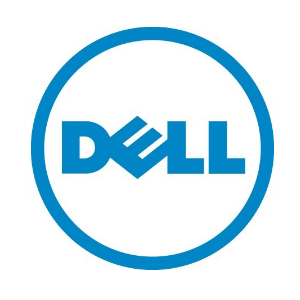 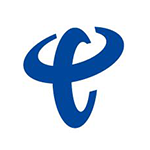 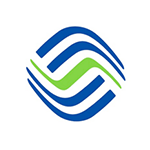 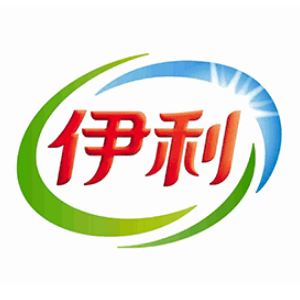