1.Among the first plants to grow on the land regions of the Earth _____,which in prehistoric times grew to immense size

2.Unlike fossil fuels,which can be used only once,wind and solar power _____of energy.

3._____ that the first cheese was probably made more than 4,000years ago by nomadic tribes in Asia.

(B)the population is about two-thirds

(C)about two-thirds of the population

(D)of about two-thirds the population is

6.Many small birds use new sites for each nesting,_____ large birds often reuse the same nest.

7.Plateaus are often referred to as tablelands _____ essentially flat-topped and stand conspicuously above an adjacent land area.

8.Although many contemporary craft objects are not _____,they generally have their roots in function.

9._____ hearing aid was a tube called the ear trumpet,a flared tube held up to the ear.

10.Most leaves are coated with a waterproof _____,or cuticle.

11.The first glass factory _____ the North American continent was started in Jamestown,Virginia,in 1607.

12._____ in the desert is mainly due to the limited supply of desert water.

(B)The spacing of plants is wide

(C)Plants to be spaced widely

14.Springwater is _____ clean.,since it has been filtered through permeable rocks,but all spring water contains some dissolved minerals.

15.All eels spawn in the sea,the eggs hatching into transparent,ribbonlike larvae _____,feeding until they metamorphose into small eels.

19. Employees may receive 50% tuition reimbursement for job-related courses taken with a

for the position of senior editor.

21. Because              of an illness is much cheaper than treatment, the local health clinic will be offering free flu vaccinations this  weekend.

Another way of distinguishing markets is on the basis of the _____1_______of the securities in each market. The __2______ is a financial market in which only short-term debt instruments are traded. The ___3_____ is the market in which longer-term debt and equity instruments are traded. The securities in the former are usually more widely traded than those in the latter and so tend to be ____4______. In addition, short-term securities have _____5______fluctuations in prices than long-term securities, making them safer investments.

In documentary credit operations, all parties concerned deal in ___6____ and not in ____7____. The banks check exclusively on the basis of documents ___8____to them to see whether the terms of the credit have been fulfilled. They are ____9_____to verify whether the goods supplied actually agree with those specified in the credit, ____10____differences, say, between the goods invoiced and those actually delivered, nor answerable to the buyers' complaints about these differences. It is up to the buyers and sellers to settle questionables of this nature between themselves.

Questions 1 to 5 are based on the following passage.

The question of whether war is inevitable is one which has concerned many of the world’s great writers. Before considering this question, it will useful to introduce some related concepts. Conflict, defined as opposition among social entities directed against one another is distinguished from competition, defined as opposition among social entities independently striving for something which is in inadequate supply. Competitors may not be aware of one another, while the parties to a conflict are. Conflict and vice of one another.

Opposition is thus contrasted with cooperation, the process by which social entities function in the service of one another. These definitions are necessary because it is important to emphasize that competition between individuals or groups is inevitable in a world of limited resources, but conflict is not. Conflict, nevertheless, is very likely to occur, and is probably an essential and desirable element of human societies.

Among nations there is competition in developing resources trades, skills, and a satisfactory way of life. The successful nations grow and prosper; the unsuccessful decline. While it is true that this competition may induce efforts to expand territory at the expense of others, and thus lead to conflict, it cannot be said that war-like conflict among nations is inevitable, although competition is.

1. In the first paragraph, the author gives the definitions of some term in order to ________.

A) argue for the similarities between and human societies

B) smooth out the conflicts in human societies

D) summarize the that characteristic features of opposition and cooperation

2. According to the author, competition differs from conflict in that ________.

A) it results in war in most cases

B) it induces efforts to expand territory

C) it is kind of opposition among aria entities

D) it is essentially a struggle for existence

A) betray each other

B) harm one another

C) help to collaborate with each other

D) benefit on another

A) is an inevitable struggle resulting from competition

B) reflects the struggle among social animals

C) is an opposition among individual social animals

D) can be avoided

A) Is war inevitable?

B) Why is there conflict and competition?

D) Can competition lead to conflict? 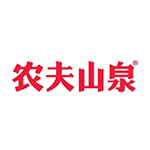 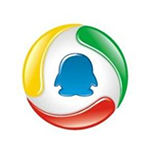